In 1959, the Barbie Doll launched, Alaska became the 49th state and Hawaii became the 50th, the St. Lawrence Seaway was completed, NASA introduced The Mercury Seven—America's first astronauts (including John H. Glenn Jr, and Alan Shepard Jr), the US launched the first Weather Station in space, Bonanza premiered—the first weekly television series broadcast completely in color, IBM shipped the transistor-based IBM 1401 mainframe, Xerox launched the first commercial copier, the microchip, the Etch A Sketch and the computer modem were all invented; and MSPRA was born.

These innovators paved the way for MSPRA’s work today. Even though six decades have passed and the leaders’ names have changed, this list still reflects who we are. MSPRA members of different ages and genders from across this great state in urban, suburban and rural districts still come together, drawing on their variety of backgrounds and different job assignments under various job titles to advance education through responsible communication.

Over this year, we’ll mark our anniversary in a number of different ways, engaging you in the effort and asking for your help. For example, if you (know someone who might) have MSPRA memorabilia (old newsletters, old conference programs, etc.), or know one of the original petitioners, or their family members, or other retired MSPRA members, please contact the MSPRA Board.

If you are currently working in one of the original petitioner’s districts listed above, please check to see if there are any old MSPRA files tucked away. Beware of dust! If you find any, please contact the MSPRA Board.

Help us celebrate our Diamond Anniversary. Send your congratulations to the MSPRA Board. We may post or share it.

"We appreciate MSPRA's selfless partnership with other school leaders and agencies, including the Michigan Department of Education, to improve school communication throughout the state."

"MSPRA is definitely an association that provides quality communication support to superintendents and focuses on the greater good of our students, schools, families and communities. Please know that all of your efforts are so very much appreciated."

“…MSPRA has been wonderfully successful in improving our state's communication and continues to be a collaborative leader in Michigan's education community. MASSP appreciates the partnership that we have enjoyed with MSPRA and the benefits it has provided to our members. ..."

“MSPRA members have always been more than willing to share information about what is happening in their district when MASB is looking for examples of specific programs or services. It’s also helped me to keep a pulse on what the “hot” topics are and how different districts are addressing them to meet the needs of their audiences. The organization offers so many great tools, but it’s the people who are its best resource.” 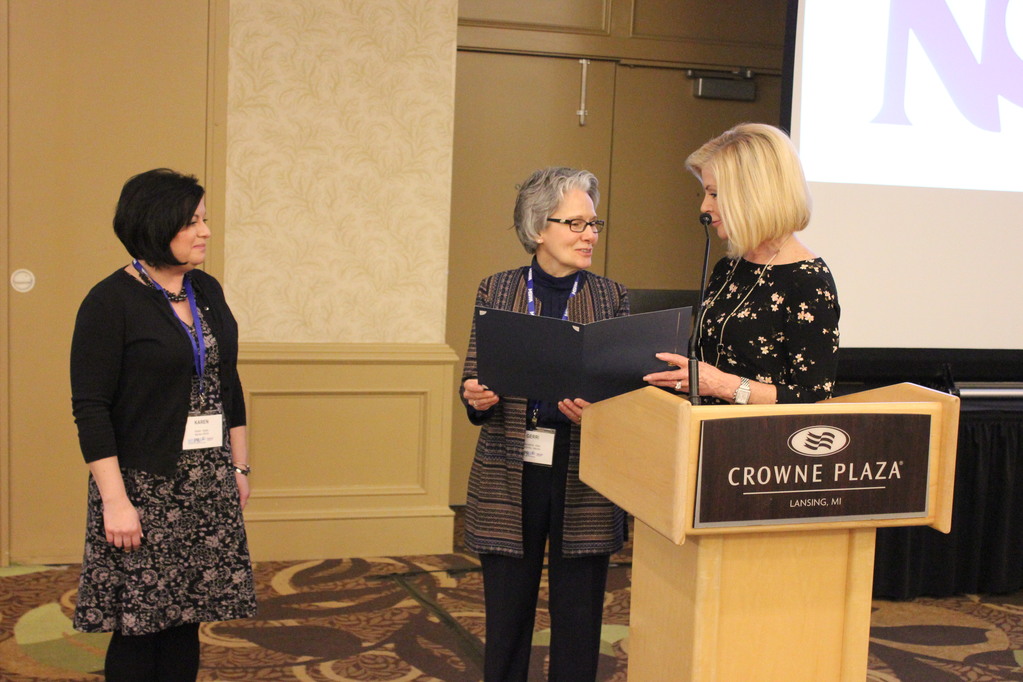 The MSPRA Board prepares to share 60th Anniversary cake with Annual Conference attendees. 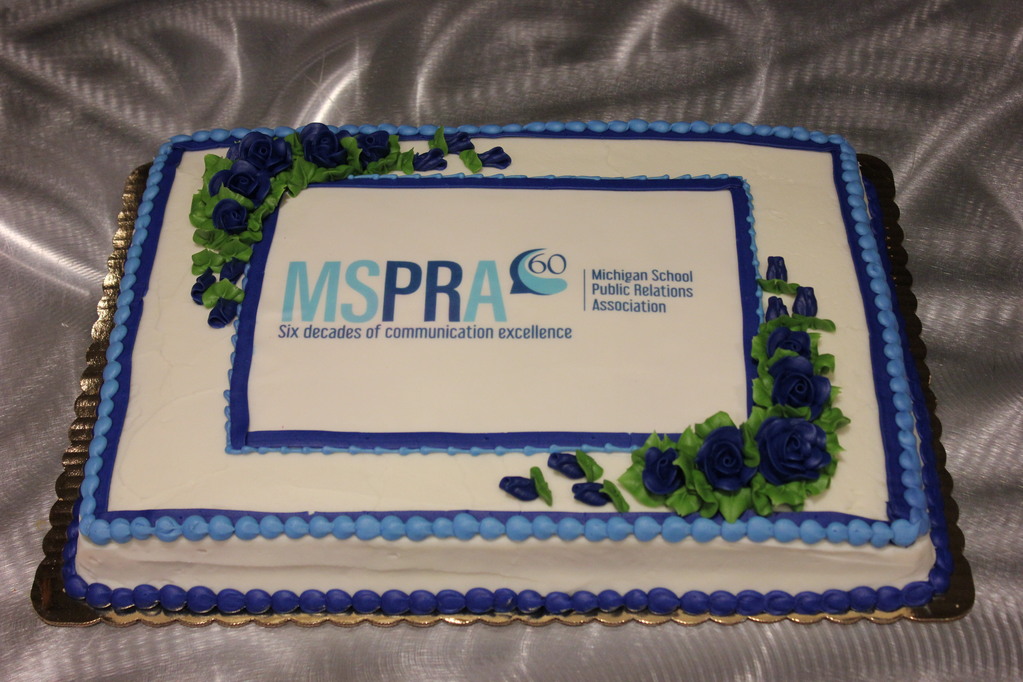 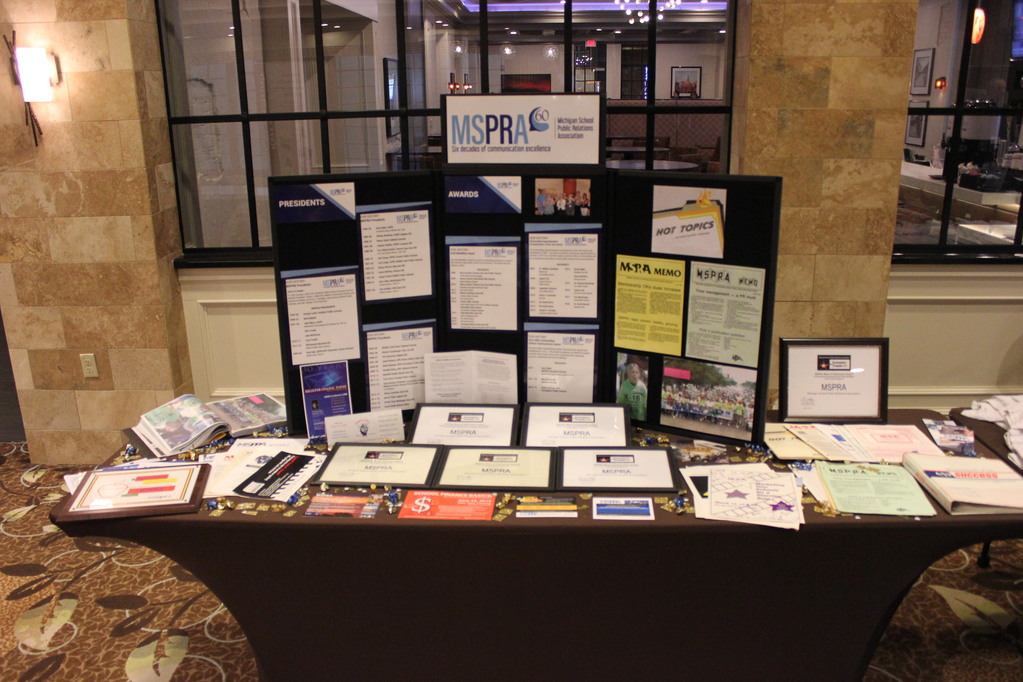 Historicial materials on display at the annual conference as part of MSPRA's 60th Anniversary Celebration.

Here are some of MSPRA's logos throughout the years.